1967 brought the first major restyling to the Ford Mustang.

The Mustang was starting to grow up. The length and heigth were increased, 2.7" and .5" respectively. The wider body allowed for the installation of a tire smoking, 320 horsepower, 390 cid engine, the first big block engine in the Mustang.
Among new options for the 1967 Mustang were the tilt-away steering wheel, an overhead console, power disc brakes, and an all new transmission, the FMX, which allowed fully automatic or manual shifting.

The Mustang fastback's roof line was extended to the rear of the trunk. Interior trim options were decreased from 34 in 1966 to just 20 in 1967. Production for 1967 slipped to just over 472,000 units. (source https://classicponycars.com) 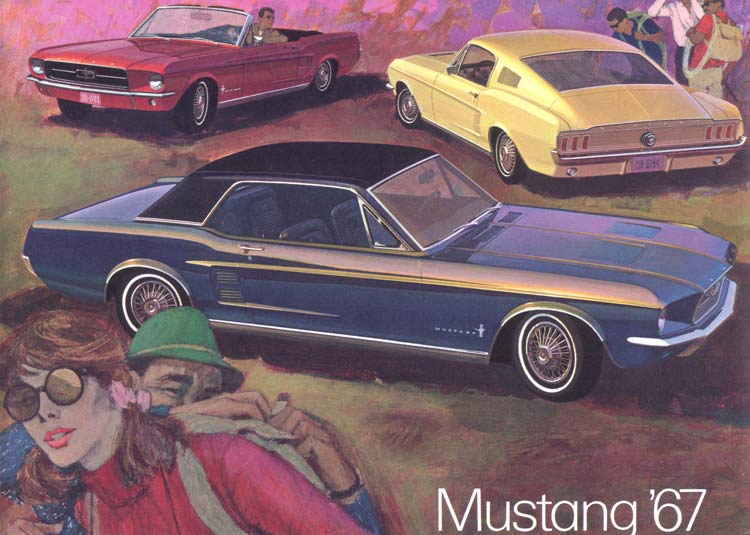 V8 289 Code C
GT Pack
I spent a lot of money to improve the car. I sold it without any regrets however... but what an exhaust sound..